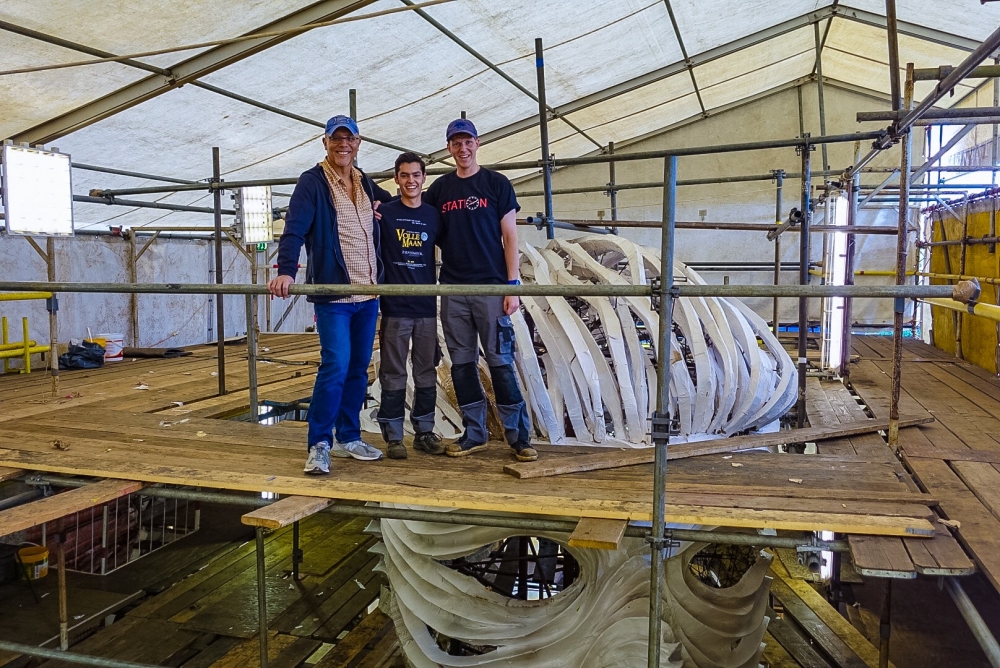 Each float is designed and built by residents from twenty different neighborhood teams (Buurtschapen) who volunteer their time and energy to compete and innovate every year. Bruvel was contacted by two Dutch designers who were greatly inspired by Bruvel’s own Flow Series. Bruvel was humbled and excited to witness this process in person; bringing a camera crew along to capture the experience.

Produced by POTLUCK Arts + Music, CORSO ZUNDERT captures the brilliance of a rich, and virtually unknown tradition that honors innovation, dedication and community. Viewers are taken into a new world and experience a stimulating visual journey through the painstaking mental and physical labors of construction, to the joys of community collaboration and the lessons learned from a fleeting, season-long process.

Bruvel, who was previously featured on Colossal, said “It was an amazing opportunity to expand my horizons because of the sheer scope of being part of something bigger than any of us as individuals.”

This year’s corso is on September 3rd and 4th in Zundert in the south of the Netherlands.